Roosevelt and the New Deal 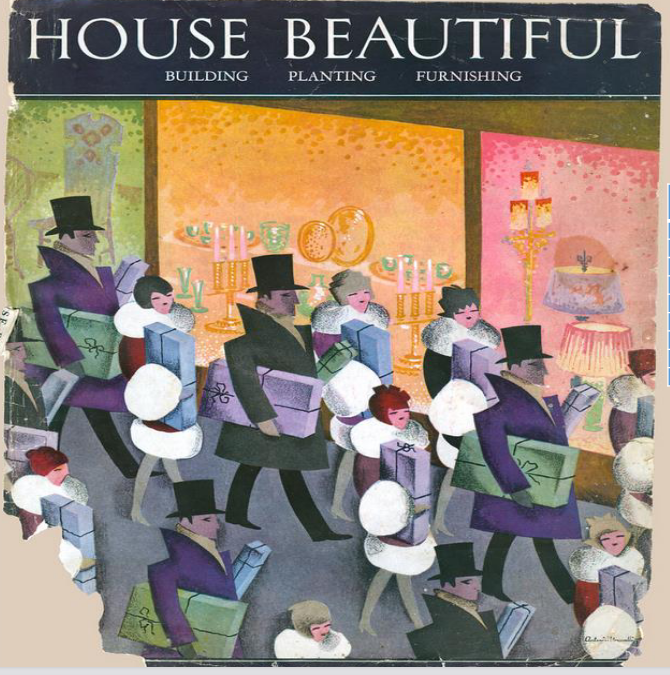 House Beautiful, 1928 When December was Christmas. Illustration by Antonio Petruccelli from New Jersey

The 1920s are characterized by a great boom in the American society from the econonomic point of view:
They are called « The Roaring Twenties » or « The Raging Twenties »
• By 1928: before the crash,the USA accounted for 42% of the world production and thus dominated the world economy
• They relied on the industrial organisation of work and capitalism
• They were considered as the bank of the world
• The beginnings of mass – consumption (a majority of city-dwellers with a fairly high purchasing power)
• Mass credit
• Becoming rich was seen as possible; people had a boundless confidence in the future and the economy was based on speculation.

• 700 movies/year
• Skyscrapers were seen as a sign of power 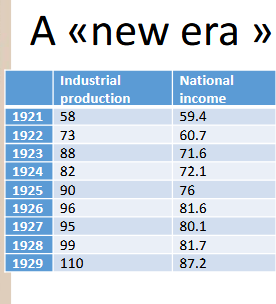 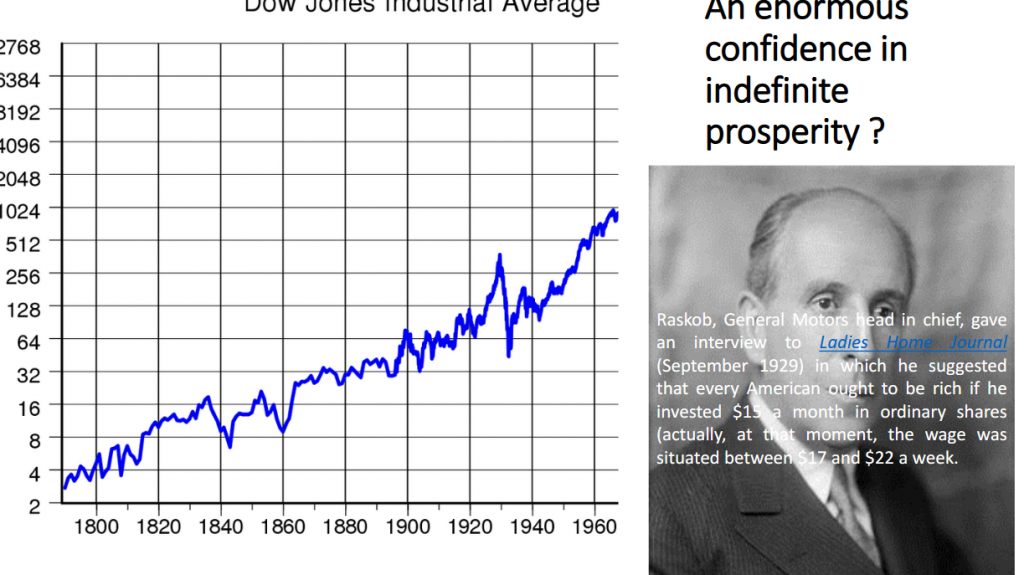 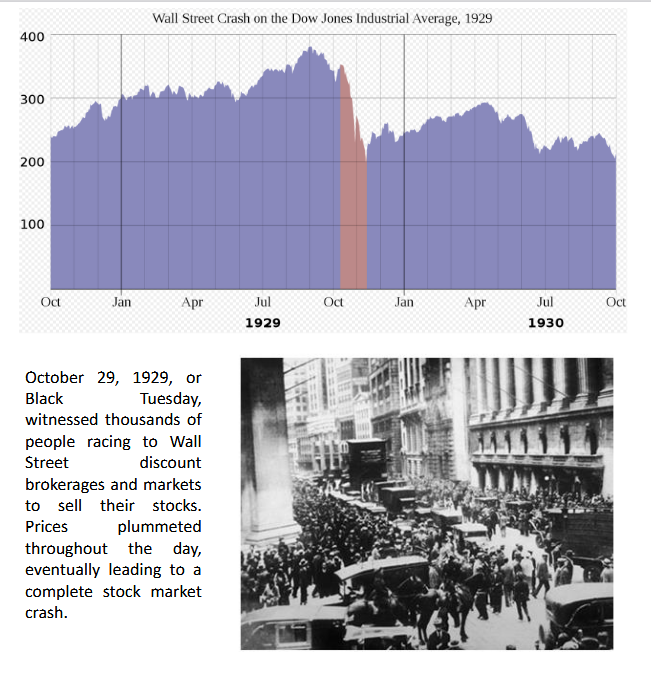 What caused the Crash and the Great Depression? 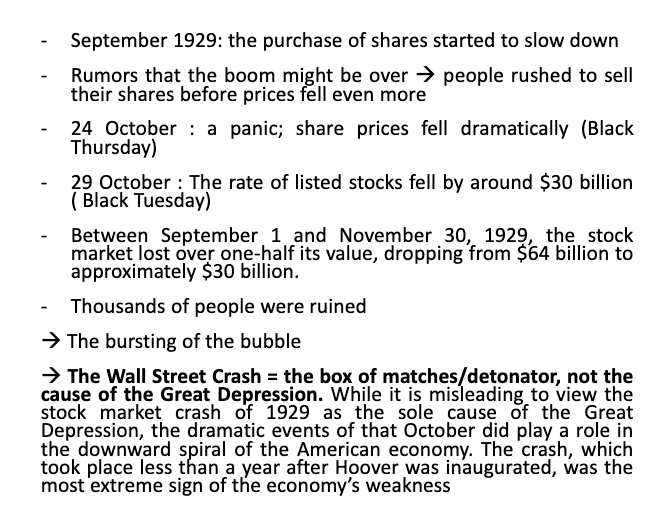 Here are the 5 main causes which triggered the Great Depression.

Their repercussions on American people 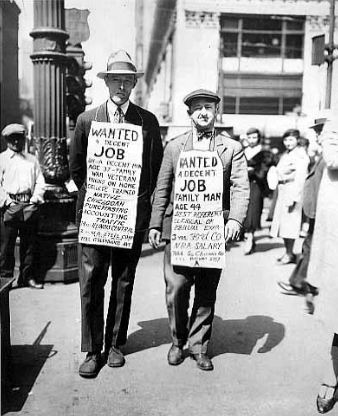 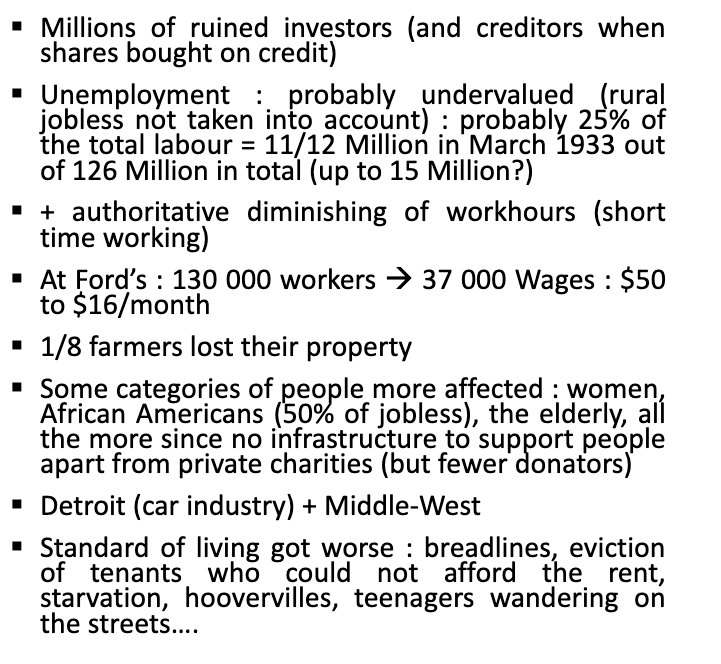 The Dust Bowl was the name given to the drought-stricken Southern Plains region of the United States, which suffered severe dust storms during a dry period in the 1930s. As high winds and choking dust swept the region from Texas to Nebraska, people and livestock were killed and crops failed across the entire region. The Dust Bowl intensified the crushing economic impacts of the Great Depression and drove many farming families on a desperate migration in search of work and better living conditions.
The Dust Bowl, also known as “the Dirty Thirties,” started in 1930 and lasted for about a decade, but its long-term economic impacts on the region lingered much longer. (from history.com)

Roosevelt and the New Deal 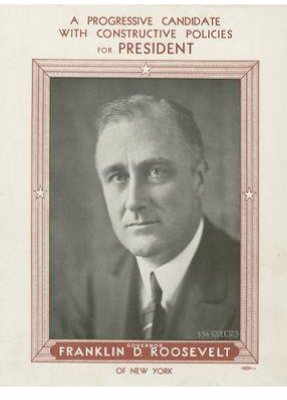