I expect him to visit his mum every morning.

On his way there, he most likely say hello to one or 2 friends who are walking to college.

Then, he spends the day studying law before getting ready to start his night work at the steel factory.

At the end of the day, he is completely exhausted (= épuisé)

The town doesn’t seem to be very busy at night.

Places to socialize include the community center and the church; that’s it!

For entertainment purposes, the cinema is perfect!

What makes it a nice place to live is that you can easily escape to the countryside (= campagne) once (= dès que)  you are fed up with the hustle and bustle ( /ˈhʌsəl//ənd//ˈbʌsəl/ = l’agitation) of the town.

Yet / However, Jimmy wishes he could move to a bigger town.

Ex : Harry is used to eating fast food every day. / We are used to the school being cold. / I’m not used to all the noise from the street.

– Present simple Ex : Mum prepares lunch for us every day.

– Present continuous (for annoying habits) Ex : He is always spitting his food and I need to clean all the mess.

– In spoken English Will may be stressed to emphasise the annoyance at a habit. Ex : He will turn up late.

– keep on to emphasise that the action is repeated frequently. Ex : Sorry, I keep on forgetting your name!

Here are a few examples:

Jimmy is (not) used to driving to work every day.

He is accustomed to walking to Jen’s place every evening.

He is getting used to spending more time with Jen.

He is not getting accustomed to working at the steel factory.

Jimmy keeps on doing shopping with his girlfriend even though he dislikes it very much !

Jimmy will drive back home dead drunk every Saturday night !!

Here are a few more examples about Jimmy’s routine:

Every Sunday, he goes to church to worship (= prier) God.

Over the years, he got used to waking up very early to go to work at the steel factory (= l’aciérie)

No he is accustomed to his tough (= hard / difficult)  job at the steel factory.

Yet, he keeps on going to evening classes (= cours du soir) although he works 7 hours a day.

He was born in the small town of Middleton, wasn’t he?

He keeps on visiting his parents even if he a grown-up,  doesn’t he?

He never went to New York, did he?

He hasn’t played football since he left school, has he?

2) Here are a few words to criticize something or someone:

to complain about something  / that…..= se plaindre de quelque chose / que…..

Merry Go' Round by Kacey Musgraves 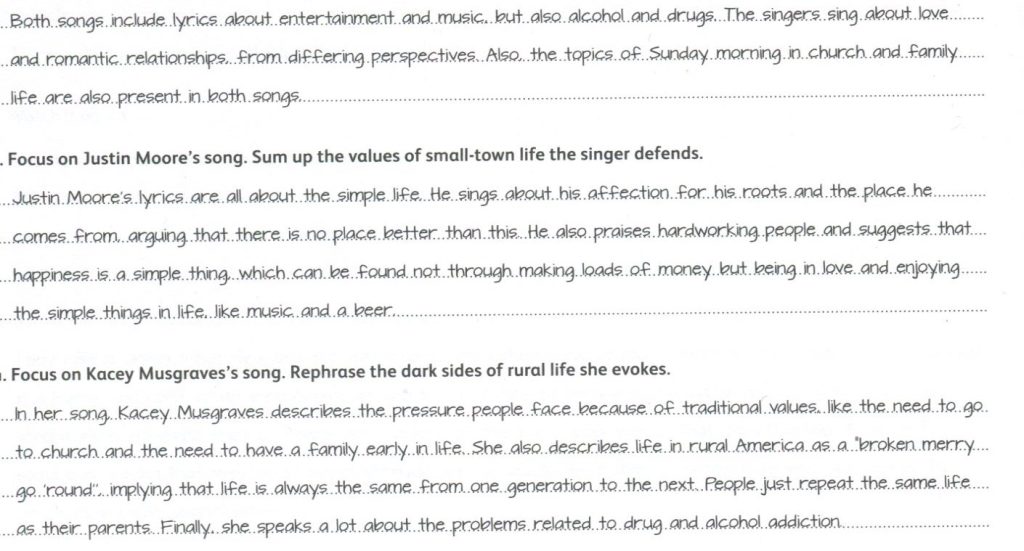 This report focuses on (= se concentrer) on the difficulties met by numerous Americans over the last years regarding the increasing unemployment rate (taux) in rural America.

Michael, a Wilmingtonian testifies about (= témoigner à propos de) the evolution of the town after DHL, a parcel and express mail service, closed down (it probably relocated (= délocaliser) the company) and made its employees redundant ( = licencier) ; the firm laid off 7,000 people. (to lay off= to make redundant)

You can use the verbs « fire » and « sack » in informal English and when it is not for economic reasons.

This company closure (= fermeture) had many impacts on its workers’ lives :

– some couples split / broke up / got divorced / got a divorce

– Many unemployed people gave up = abandonner / they called it quits (= jeter l’éponge) and decided to move to another place to get a chance to get a new job.

As for (= quant à) Michael , he did not give up (= to abandon) and started a small-scale (à petite échelle) business, making custom knives (couteaux artisanaux) in his backyard.

Presentation and analysis of the picture

– With the economic crisis, a lot of factories closed down or relocated and Kentucky, which was part of the manufacturing belt (now called the Rust Belt) was hit hard by the recession.

– The other jobs available in the county are mostly farm-centered and that’s it (= c’est tout).

In this county, there is a big disdain for big cities in the counties and a distaste of traveling / commuting. Moreover, they don’t have the money for it (= they can’t afford travelling= ne pas pouvoir financièrement) and they wouldn’t want to if they had (no curiosity for lack of education).

By the way, the local education is mediocre. So people are stuck in their backward (= arriéré) communities.

Here the little boy is posing for the picture in a trailer which looks derelict (= délabré), shabby (=minable). The atmosphere is sad = cheerless and the kid looks depressed = dejected = miserable.

– poverty-stricken = défavorisé : his family probably lives below the poverty line.

– He lives in a white-only environment

– The other adults around him must be unskilled for lack of education ( there is a high rate of high school dropouts = décrocheurs and a low rate of bachelor degrees = licence) and they only get low-paid jobs / positions.

– There is a shorter life expectancy (= espérance de vie) :

This boy and his community feel abandoned by politicians who did not manage to improve their living conditions and forgotten by the rest of the country. They resent (= éprouver du ressentiment face à) this situation and Donald Trump used this resentment (= rancoeur) and frustration 4 years ago to win the presidential race. Unfortunately for him, Trump did not win them over (= rallier à qqn) for a second term. 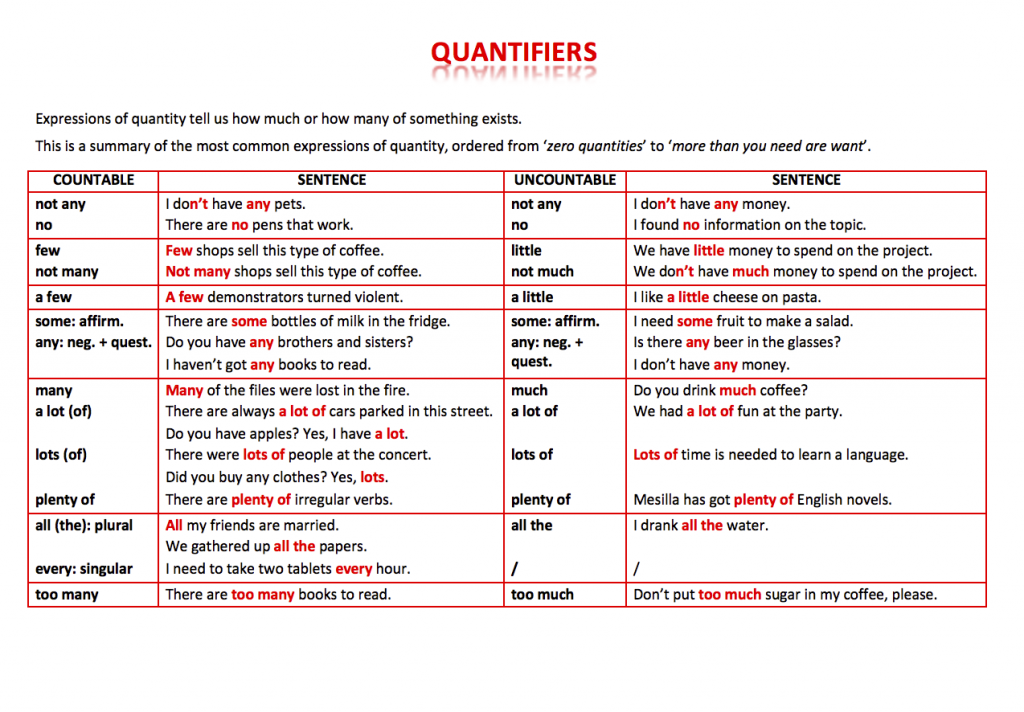 Practise with the following exercises 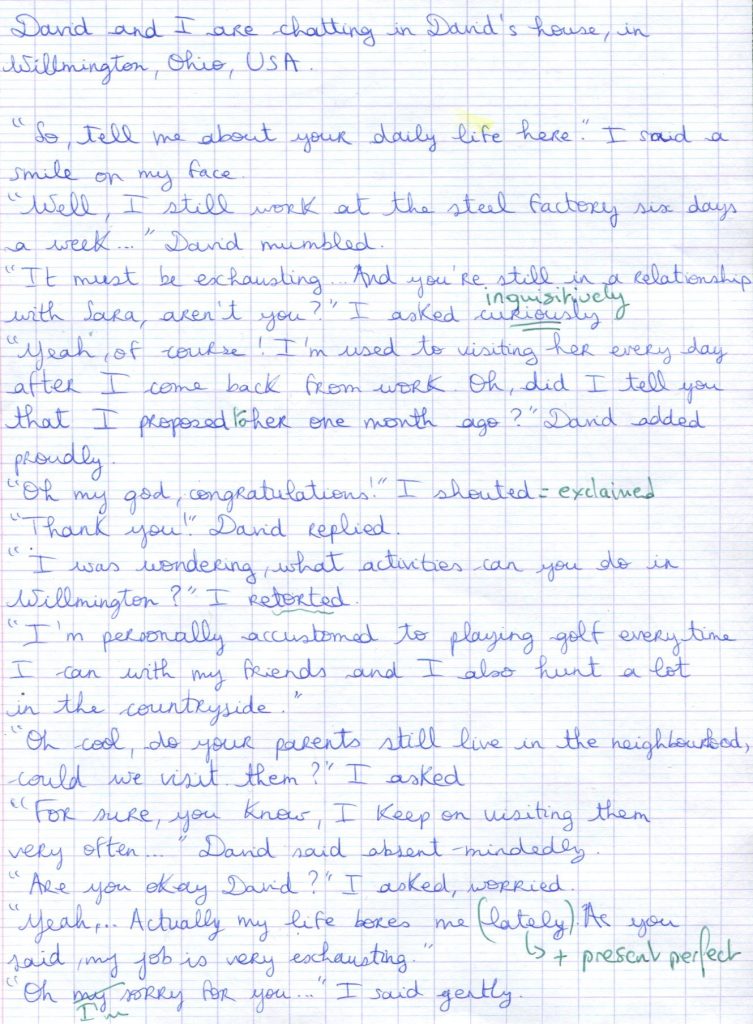 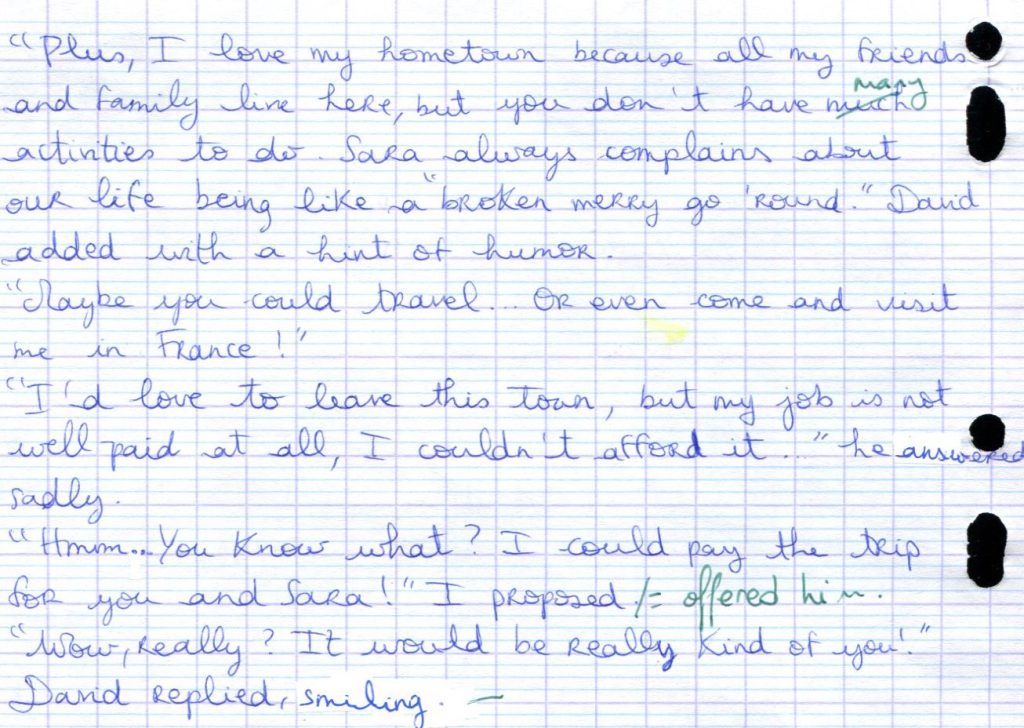