The origin of the problem : Kaepernick, who is an American football quaterback remained seated during the national anthem

His justification : he complains about (= se plaindre de) how black Americans are treated : they are treated unfairly and the people who are responsible for this situation are not penalised by justice. Kaepernick doesn’t accept this situation in a country which advocates (= prôner) justice and freedom for everyone.

People’s reaction to Kaepernick’s gesture : Many of them did not accept it and found it  » disgraceful  » (= scandalous). Indeed, on social networks, many football fans used the n-word to abuse (= to insult) him.

The star-spangled banner : this anthem (= hymne) was written by Francis Scott Key in 1812 to comemorate a victory of the young American army over the British. In the third verse, the author calls for the killing of the slaves who had fled from their American masters  to join the British army which had promised to free them after the war. So this anthem celebrates the killing of African-Americans.

President Trump’s reaction : He advises (= conseiller) Kaepernick to leave the USA but he thinks no country will be willing to (= be ready to) welcome him.

In the 1960s, black athletes like Muhammad Ali, John Carlos and Tommie Smith, all leveraged their athletic prowess and the powerful symbolism of the flag to raise awareness about the struggle faced by African-Americans. At the time, they were vilified, called all sorts of colourful names and received death threats. Yet today, we honour them as national heroes and legends in the struggle for civil rights. So if there is one more thing we can learn from this latest incident, it’s that we should focus the conversation on whether we agree with the content of what people say rather than what harm they’re ostensibly doing to the flag when they say it because let’s be honest, the American flag has survived much much worse.

Read the text above and find the translations of the following French words:

Colin in Black and white, the Netflix trailer

Jesse Owens and his involvement in the 1936 Olympic Games

The 1968 Olympics and Black Power

As far as the NBA is concerned, things don’t look too good either ! LeBron James called Donald Trump a “bum” after the US President rescinded an invitation for Golden State Warriors star Stephen Curry to go to the White House. The latter had previously announced he wouldn’t go to the White House invitation as he didn’t share the President’s « values »…

The Warriors, meanwhile, said in a statement they would plan their own trip to Washington instead of going to the White House, making the visit a celebration of »equality, diversity, unity, inclusiveness, compassion and empathy, ». Head coach Steve Kerr described the ongoing political situation as the « most divisive times in my life since Vietnam, » and said his team’s values were in stark contrast to Trump’s making it difficult to « honour that institution ». Former NBA star Kobe Bryant also made his thoughts clear on the situation by suggesting that Trump’s name inspires « division and anger. »

Explain the lead (= chapeau ou sous-titre) of the article : NFL club owners have condemned Donald Trump’s comments that teams should « fire » players who protest during the national anthem. What is its function in the press article ? 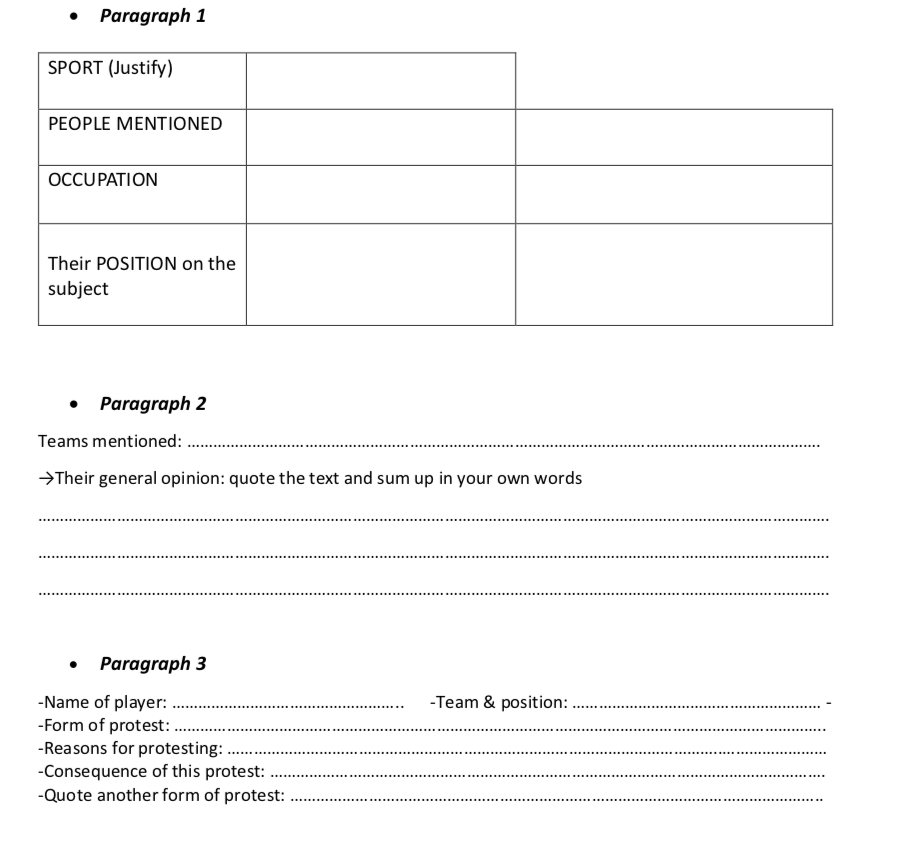 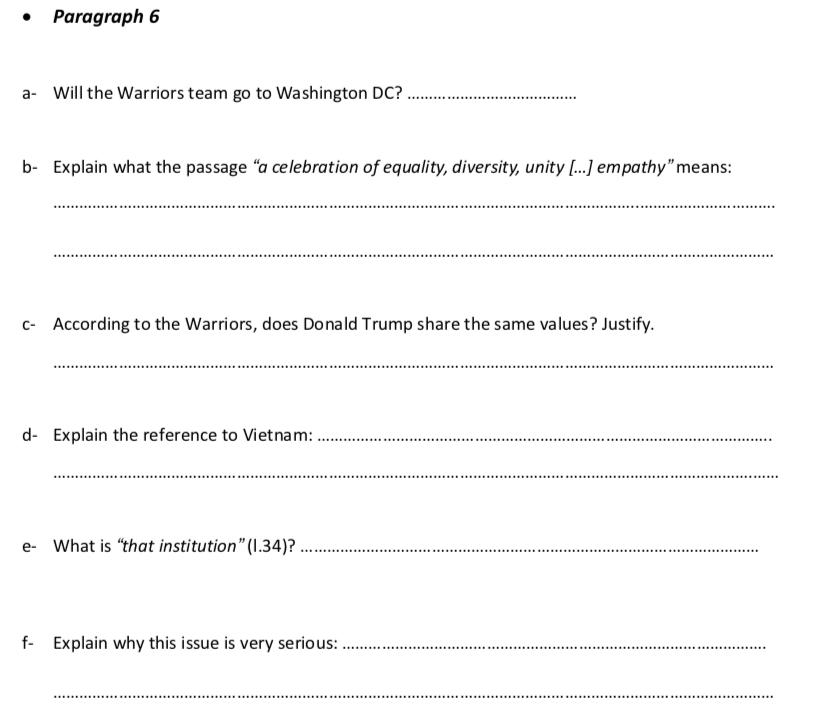