Though graffiti is often pointed at as being illegal and mere vandalism, it can also be used as a powerful tool to address environmental, societal and political issues and, at the same time, to raise awareness.You will firstly learn about reverse graffiti and its goals. Then, you will watch a video and read an article to learn more about street artists’ strategies for denouncing the scourges of our modern world.

Despite its bad reputation, graffiti can have a strong, positive impact on people and on society. You will now discover what reverse graffiti is and understand its impact.

Here is an example of reverse graffiti 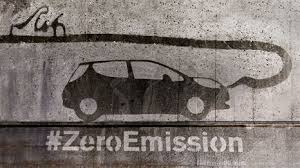 CBS news report on the Museum of Contemporary Art in Los Angeles.

Watch the video, give the aim of the report and and sum up the main ideas.

Drawing inspiration from the long history of protest art, a group of guerrilla street artists have set about reclaiming urban space from advertisers and the big brands they represent. They call it “Brandalism.”In five cities across the UK, artists have been busy reclaiming public space one billboard at a time.By re-appropriating just 37 of the 100,000 billboards in the UK, the Brandalism project has caused quite a stir. The Outdoor Media Centre which represents outdoor advertisers has vowed to quash the project as quickly as possible.But Brandalism activists have other ideas.Simon Templeton and Joe Elan head the group behind the Brandalism project – one of the largest reclamations of outdoor advertising space in UK history.They’re using art as a form of self defence to “challenge the dominance and authority, and also the legitimacy of the advertising industry,” Elan explained at the TEDx “Crossing Borders” conference in Berlin last week.“It’s our public space as well. You have a choice when you read a magazine, turn on the television, or turn on the radio. On the internet you can block it out if you want. Whereas in the public realm there’s no choice to opt out,” Joe Elan said

Brandalism isn’t about targeting any one brand in particular: it’s about a critical assessment of the advertising industry as a whole. That includes “the environmental repercussions from this unchecked kind of consumerist frenzy that is encouraged,” Elan said.The 26 international artists involved in the Brandalism project tackle a range of issues from debt and propaganda, to climate change, consumer and cultural values.UK artist Hannah Adamaszek’s work addresses the issue of body image in relation to the widespread use of underweight models in advertising. Her work depicts an emaciated woman surrounded by splashes of pink and red impressions of beauty. Adamaszek chose to take part in the Brandalism project because she was inspired by its aim to address the destructive role of the advertising industry on society. Like Elan and Templeton, she hopes that Brandalism can help initiate discussion and social change around a range of issues. 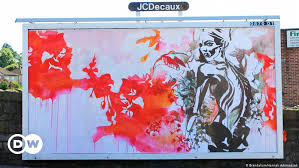 Summarize the text then search the web and find an example of brandalism to present to the class.