Introduction: Remembering how the fights for LGBTQ+ rights started: the Stonewall Riots

What happened at the Stonewall Inn?

One night in 1969 the New York Police Department/NYPD’s public morals squad (= la brigade des moeurs)  raided (= faire une descsnte dans) a bar : the Stonewall Inn, which was a gay bar. The customers were ordered to leave the bar but once they were outside, they started to rebel and resisted the police by throwing projectiles at them.

The actions and events that followed.

Actions: hundreds of people joined/CBS started discussing gay rights
Events: live broadcast CBS
Hundreds of people joined the riot (= émeute) and the movement spread across the country. Four years later a live broadcast at the CBS evening news was stormed (= prendre d’assaut) by Mark Segall ( a young homosexual who had become a fierce activist after participating in the Stonewall riots) to draw attention to gay rights, which were not respected by CBS. Soon afterwards, the TV network started discussing gay rights.

Evolution of the New York Police Department’s position over the years.

In the late sixties, the NYPD used to raid gay bars and show hostility to the gay community, which was discriminated against due to (= en raison de) unfair and oppressive laws. Mentalities have evolved throughout the years. In 2018, the NYPD commissioner apologised to the LGBTQ+ community for all the violence and injustice homosexuals faced in the past.

Evolution of young people’s tolerance for LGBTQ+ people : it has decreased drastically.

The particular example of gay acceptance in the US army today

Enacted in 1994, the US « Don’t Ask, Don’t Tell » policy prevented military officers from asking service members about their sexual orientation while homosexual service members were not allowed to talk about their sexual orientation. This policy prevented openly homosexual people from enrolling in the armed forces. In 2011, the policy was repealed by Congress and barack Obama. President D. Trump reinstated « Don’t Ask, Don’t Tell » for transgender soldiers in 2019. 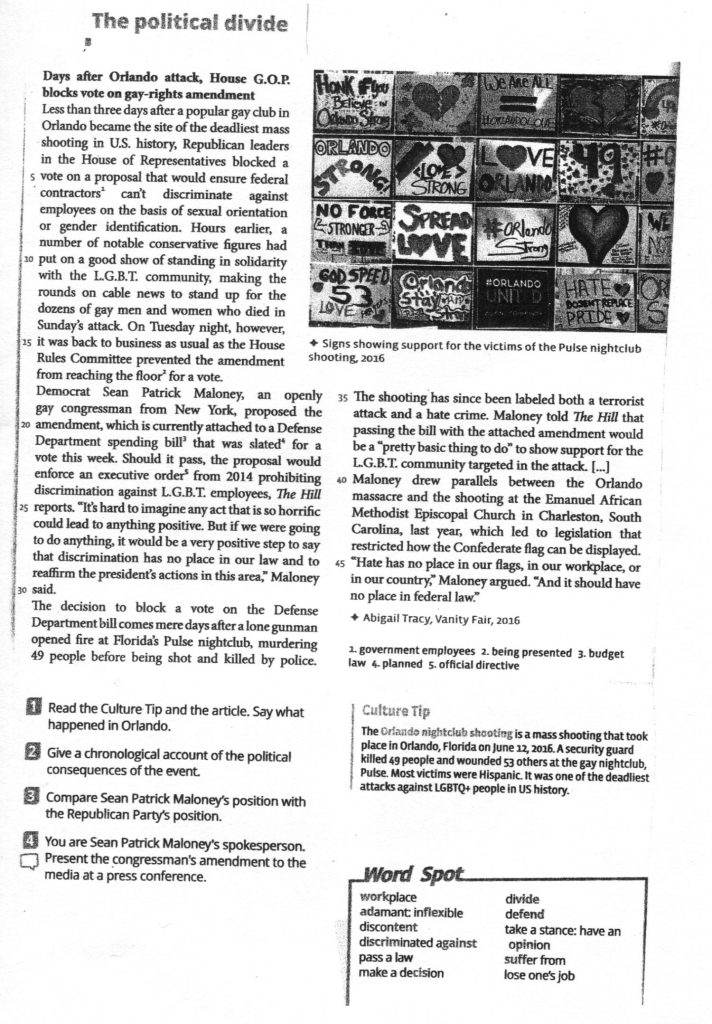 8. There were ……………. shop assistants at the supermarket ……… there were yesterday afternoon. 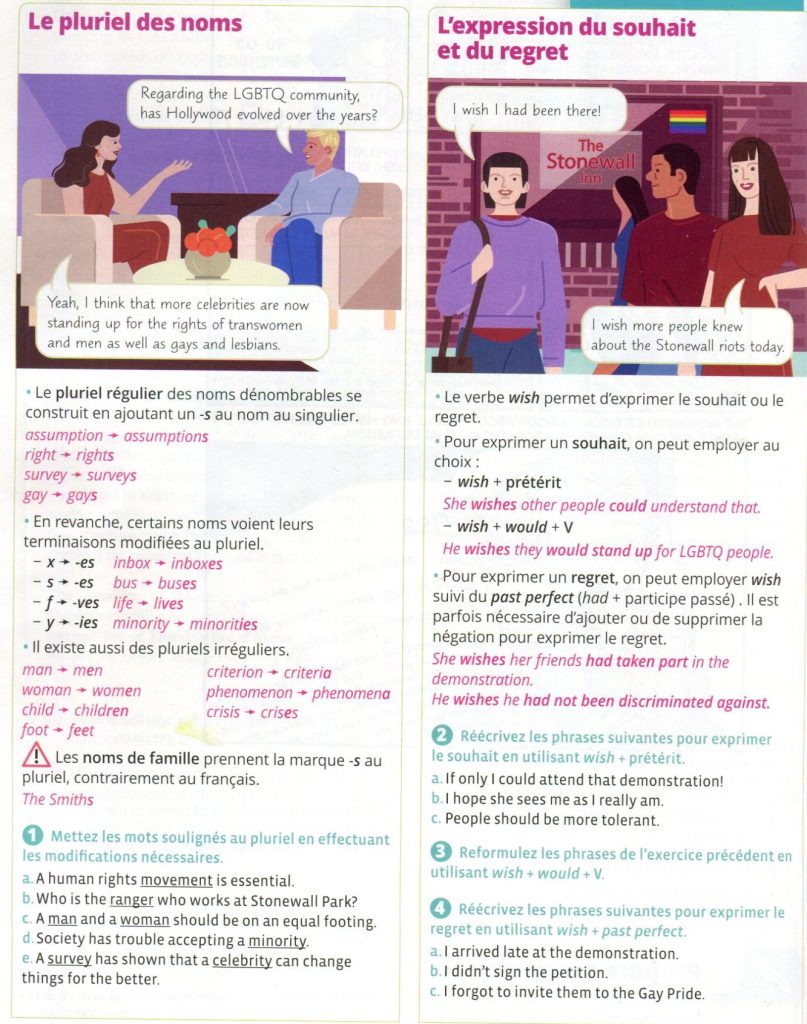