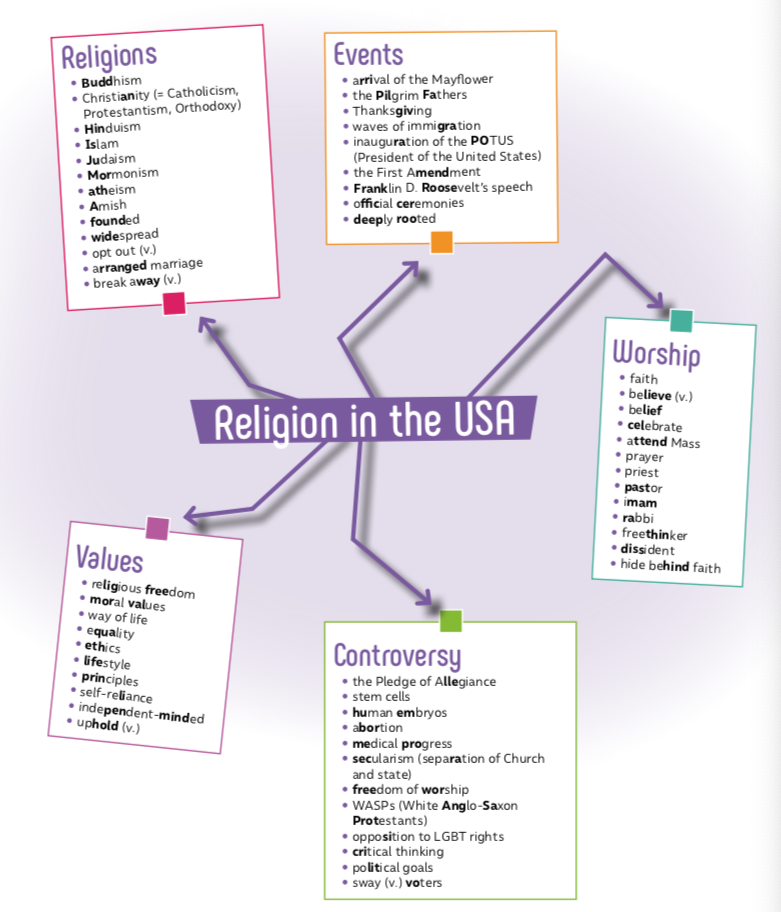 Video Time: The current situation in the south

« Protected by the 14th amendment of the constitution, the right for abortion has become an illusion in Mississipi »

A pro-life old white woman offers st to a coloured youg woman who is going to the clinic.

A white old man wants the women inside not to abort.

The white lady shows the baby model she offers to women who want to abort. Why ? To make them change their minds.

Example of a female volunteer, Derenda, who welcomes the women outside the clinic. She has been doing this job for 7 years.

She has to struggle to push back the pro-life activists.

A black woman refuses his leaflet.

The women used to have the choice between 14 clinics, now, ther is only one left.

The pro-life activists are supported by the governor. who « puts religion over law »

So there is more discrimination.

He could have the clinic closed.

The pro-life activists are big donors to the republican party

They also hope to make Mississipi the first state to forbid abortion.

Mayflower, in American colonial history, the ship that carried the Pilgrims from England to Plymouth, Massachusetts, where they established the first permanent New England colony in 1620.

Thanksgiving is modeled on a 1621 harvest feast shared by the English colonists (Pilgrims) of Plymouth and the Wampanoag people .

First Amendment, amendment (1791) to the Constitution of the United States that is part of the Bill of Rights which guarantees freedom of speech, press, assembly and petition.

Pledge of Allegiance to the Flag of the United States of America: It was first published on September 8, 1892, in the following form: “I pledge allegiance to my Flag and the Republic for which it stands; one nation indivisible, with liberty and Justice for all.”

Wasps: In the United States, White Anglo-Saxon Protestants or WASPs are the white, upper-class, American Protestant elite, typically of British descent. WASP elites have dominated American society, culture, and politics for most of the history of the United States. After 1945, many Americans criticized the WASP hegemony and disparaged them as part of « The Establishment« . Although the social influence of wealthy WASPs has declined since the 1940s, the group continues to play a central role in American finance, politics and philanthropy. 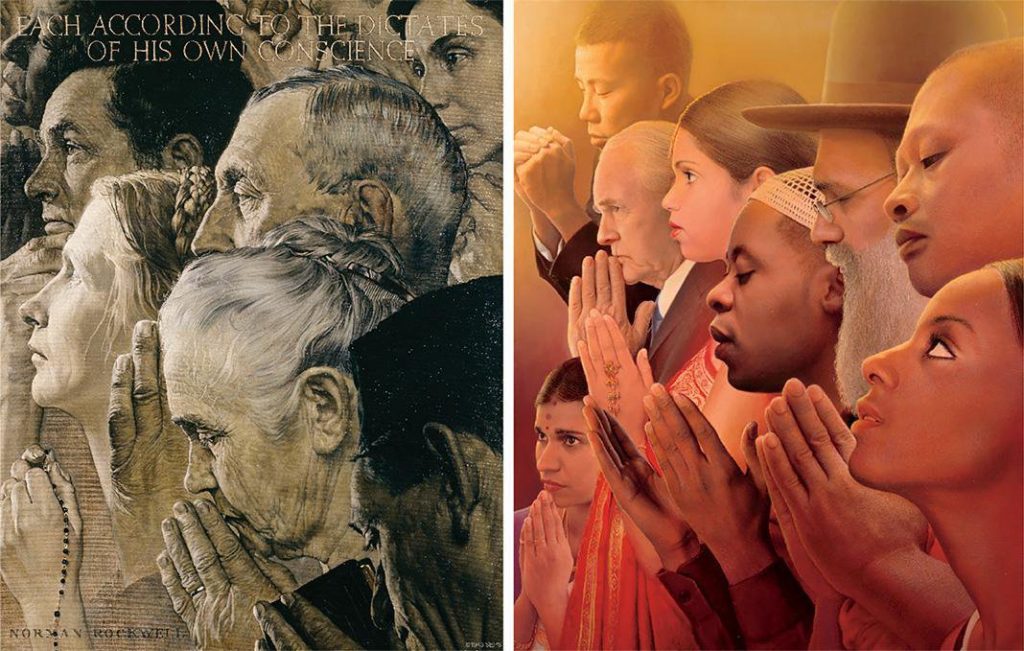 Common points: we have a side view of people praying with their hands joined and their eyes closed.

The United States remains home to more Christians than any other country in the world, and a large majority of Americans – roughly seven-in-ten – continue to identify with some branch of the Christian faith, with an overwhelming majority of protestants.

What is the Bible Belt?

The Bible Belt is a term describing a region of the southern United States known for a high prevalence of religious beliefs, particularly Christian religious beliefs (Methodists, Evangelical Protestantism, and Southern Baptists).

One of the states in the Bible Belt, Mississippi, has the highest population of religious United States citizens.

– the religiosity of its people with a higher church attendance rate compared to national average.

– particular voting patterns. Traditionally, the states of the Bible Belt have been “red states”, which means that they usually vote for conservative, Republican candidates at both the state and federal levels.

– low level of education. In fact, there is a general correlation between religiosity and education levels in the U.S., both inside and outside the Bible Belt. Religiousness tends to be higher in states with lower levels of education.

– The contradiction between the supposed adherence of people in the region to God-faring principles and the reality on the ground.

For instance, while religious conservatives in the Bible Belt have traditionally criticized homosexuality, statistics show that gay pornography is more popular in what is generally considered Bible Belt territory than in more liberal states.

Another contradiction : conservative Christians preach about the sanctity of marriage, yet some of the Bible Belt states lead the U.S. in divorce rates. The states of the Bible Belt are also leaders in teen pregnancies and homicides.

The data shows that the people of the Bible Belt do not always practice what they preach.

1) What type of document are we presented with / introduced with?

This is a CNN report which aims at making us discover a brand-new creationist museum.

2) What does it present? Who introduces us with this place?

This is a reconstitution of the garden of Eden, paradise on earth.

3) How does he characterize this place ?

He considers it as « something significant, of high quality, professionnal, cutting edge , something the world would take notice of »

5) What scientific theory does it deny (= argue against) ?

The exhibits are at odds (en désaccord avec) with the Darwinian theory of evolution.

6) What message is conveyed here ?

Telling people that the Bible’s history is true and thus (= ainsi) that the message of the Gospel is true i.e. (= namely : c.a.d.) that the world was created in 6 days.

7) What elements is the museum constituted of?

8) Why does the place claim the title of museum?

They assert that they bring scientific evidence (= preuves / a piece of evidence= une preuve), fossils for example

9) What did science prove concerning dinosaurs ?

They went extinct long before humans appeared in Africa.

To what extent can we say that the USA is a religious country?

Religion in the USA: recap

1) From what we discovered in class, what do you know about the right to abortion in Mississippi ?

– The 14th Amendment protects the right to abortion.

– The number of clinics has plummeted from 14 to 1 clinic.

– The latter is « under siege » by pro activists.

– The governor supports them ; he « puts religion over law »

February 2022 : in the wake of the decision of the Supreme Court which eliminates the federal law protecting the right to abortion, Mississippi made abortion illegal.

2) How does the early history of the USA explain its religiousness ?

– Beginning of the 17th C : European settlers emigrated to America to practise their religion freely.

– Thanksgiving celebration shows that the early settlers believed they were protected by God.

– WASPs : the ruling elite of the country, characterized by its origins and religion (P for  protestants)

– Politics has always been impacted by religious principles.

– Freedom of religion is guaranteed by the first Amendment.

– Secularism is not as strong as in Europe because of this demand for religious freedom.

– « I pledge allegiance to the flag of the United States of America, and to the republic for which it stands, one nation under God, indivisible, with liberty and justice for all. »

3) What do you know about the Bible Belt ?

– Location : a region of the southern United States known for a high prevalence of religious beliefs.

– Mississippi is the state with the highest population of religious people.

– Church attendance : higher than in the rest of the country

– Politics : Red States with a majority of people voting for conservative republican candidates.

– Intolerance towards minorities (women’s and gay rights, racism towards African-Americans and other races…)

– Behaviour in contradiction with the principles of the Bible with more gay pornography, a higher homicide, divorce and teenage pregnancy rate than in the rest of the country.

4) Why do religious groups reject evolution ?

They consider that the theory of evolution goes against the teachings of the Bible.

As such, the Bible is considered as a historically reliable story of the evolution of earth.

They are called creationists.

These people believe that the world was created in 6 days and that humans and dinosaurs lived at the same period.