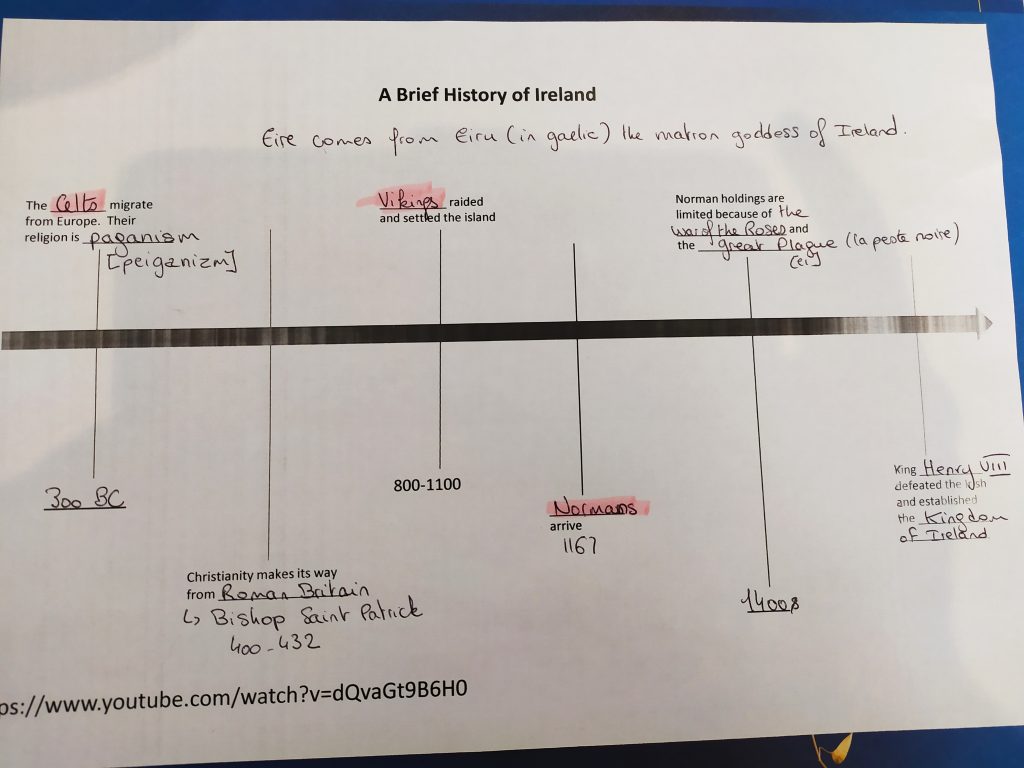 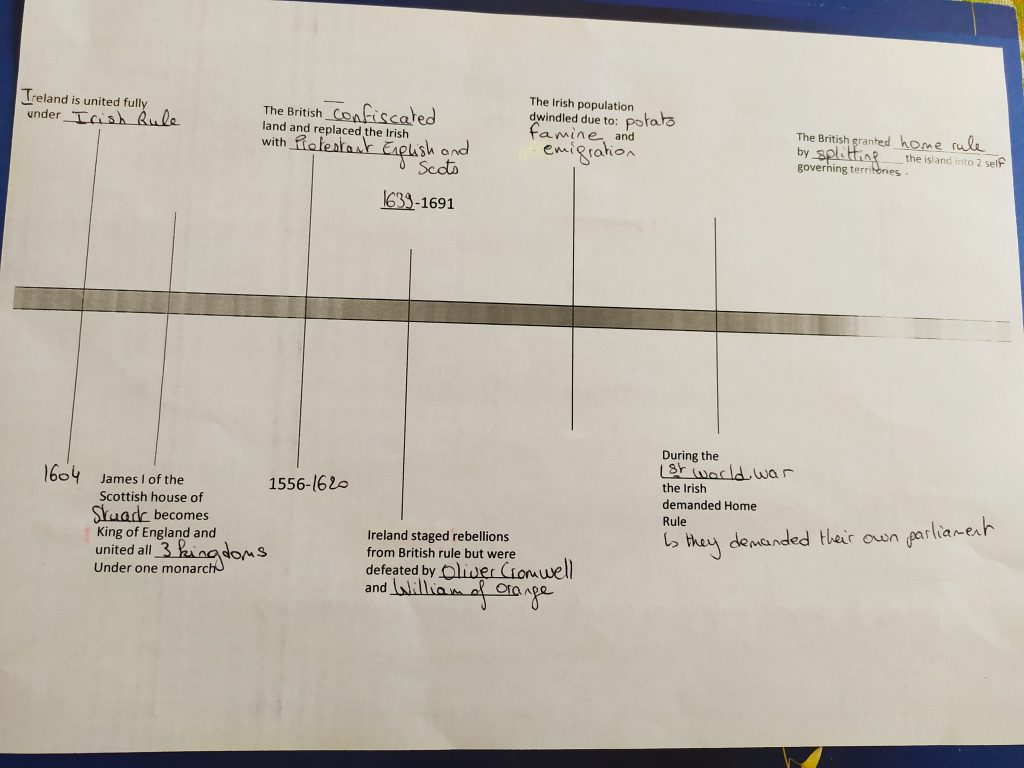 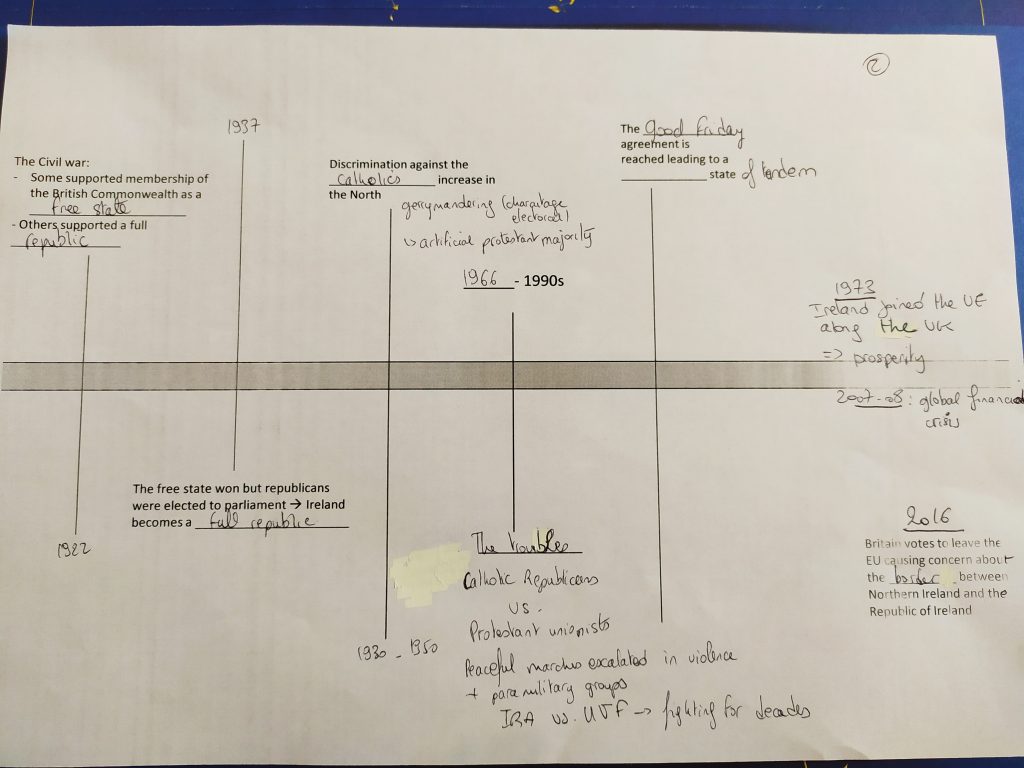 2/ What did the famine result in? Complete
A. It not only destroyed a vital crop but it also killed more than a million people and exposed the social and economic problems facing XIX century Ireland.

B. Recap: list the three points that resulted from the famine. Make sentences.

3/ The cause of the famine
A. Listen and say what caused the famine:  » A mysterious fungus destroyed the potato harvest. »
« but the government’s inadequate response only made the crisis worse. »

B. In what you read above find two words that mean « récolte ». crop + harvest
C. What did the British never do to help the Irish?

c. Complete the following with the words above
The Irish didn’t help  their cause either. Farmers who needed  cash    to avoid

eviction exported wheat grown locally and other food staples  that could have fed their starving people.

d. Rephrase. Use your own words.

4/ What did the Irish people do to cope with the disaster?
A. True or False? Listen and write T or F next to the following statements:
a. The situation eventually became better F
b. People ate anything they could find, even seaweed or grass T
c. People sold or pawned(= mettre en gage) everything they had in order to get some money for food T
d. The British sent in troops to bring some food to the starving Irish F

C. The immigration to Canada and the United States
a. Listen and pick out the expressions that show that the trip across the Atlantic was done in harsh conditions: « poorly built overcrowed vessels » / « coffin ships »

b. Listen and complete
» The Canadian reception facilities at Grosse Isle at the mouth of the St Lawrence River were ruefully inadequate to receive the massive influx of immigrants. »

c. What happened to half the survivors? Check one:
□ They went back to Ireland as soon as they could
X They moved South to the United States
□ They moved North to Alaska