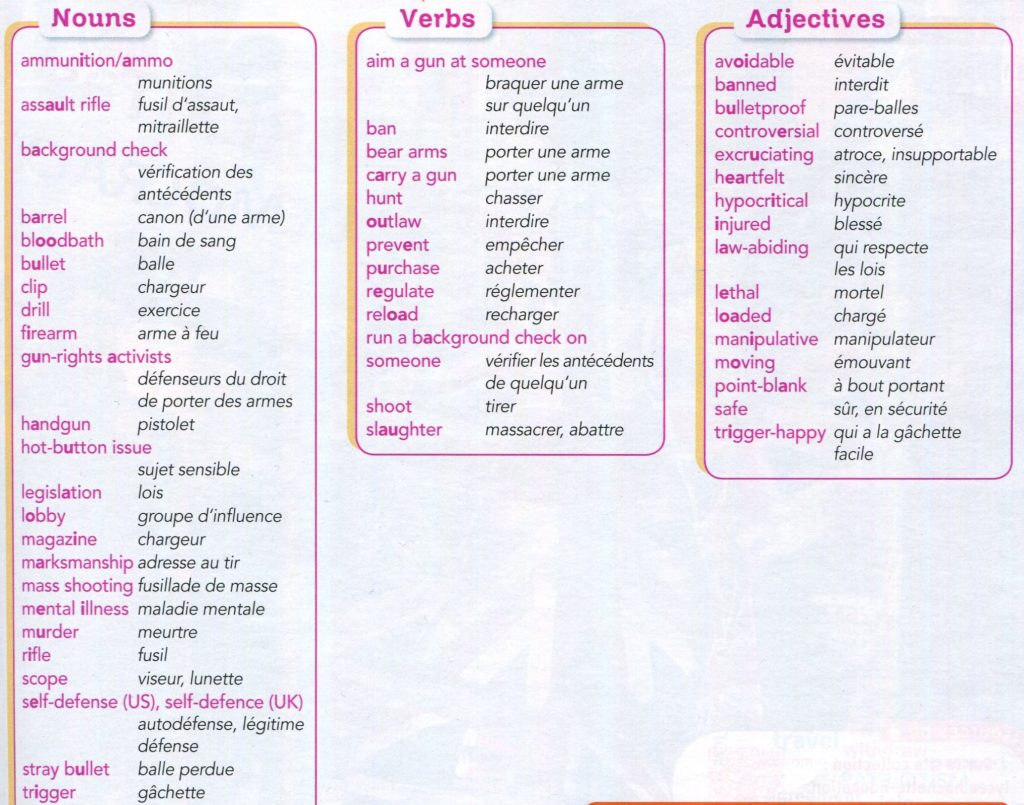 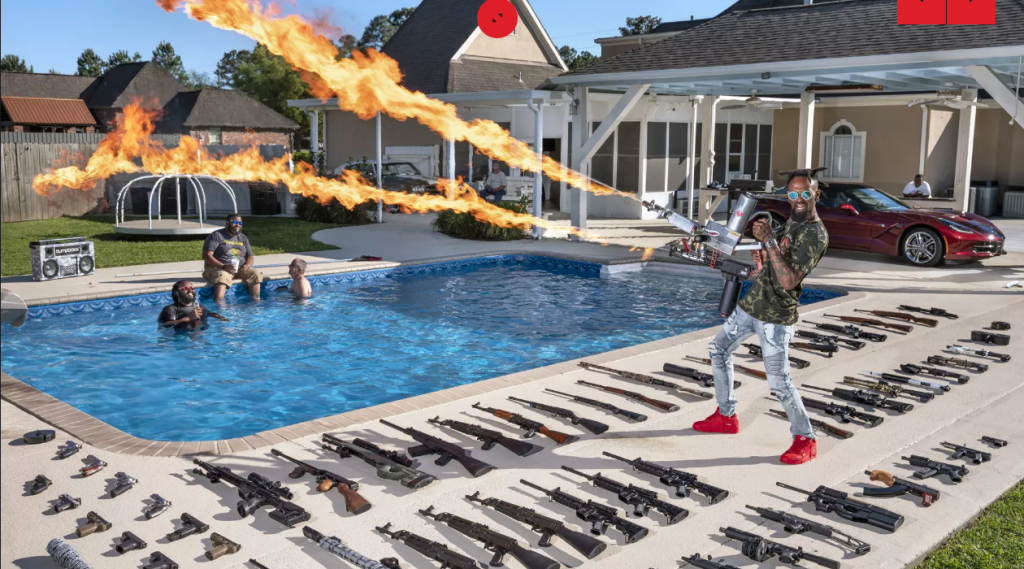 Right / wrong or ? : Read the text above and say if the statements are right or wrong or you don’t get the information. Correct them when they are wrong

2) His son is more successful on social media than him.

3) He feels comfortable when people call him « Black Rambo ».

4) When he was a soldier, he enjoyed killing people.

5) Guns are a serious matter for him.

6) Gun manufacturers give him weapons for free.

7) For him, owning an anti-tank weapon at home is not necessary.

8) According to him, when people get wounded, weapons are not be blamed but people. 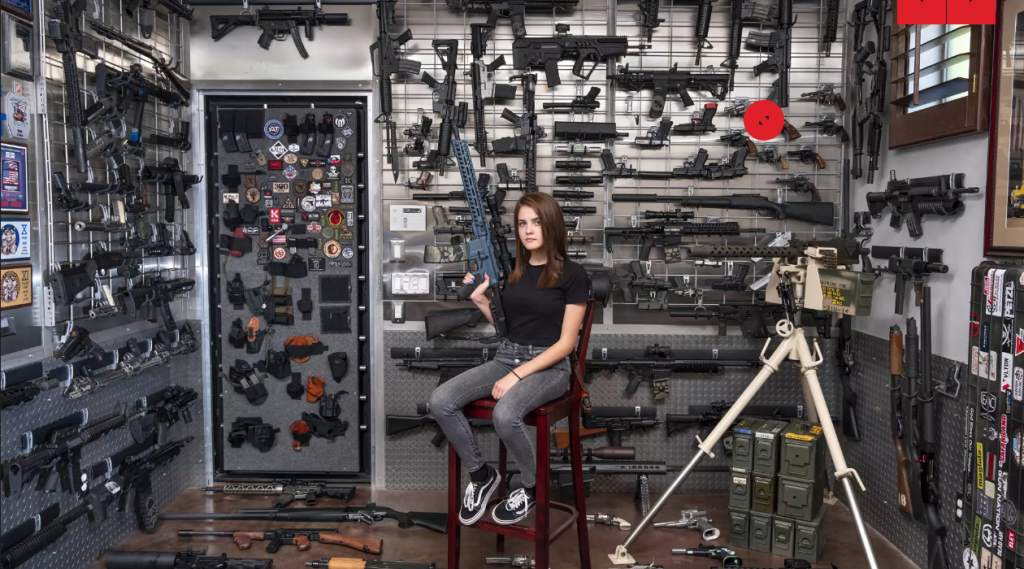 Right / wrong or ? : Read the text above and say if the statements are right or wrong or you don’t get the information. Correct them when they are wrong

1) Danyela owns all sorts of weapons.

2) She can show them to her friends at any time.

3) She trains hard to be a first-class shooter but she is not very successful.

4) Sponsors sell her guns at a good price.

5) Shooting is a way for father and daughter to be closed together.

The right to bear arms

Drawing (= dessin) of the National Rifle Association emblem. An eagle is standing on the top of a shield and two rifles can be seen in the center of the emblem.

– The 3 colours used in the logo are the same as the ones uded in the American flag.

– The bald eagle chosen by the Founding Fathers is considered as the emblem of the nation. This beautiful and independent bird symbolizes the strength and freedom of America.

– The date of creation of the association (1871) appears underneath the eagle.

The National Rifle Association of America (NRA) is a group which advocates (= promouvoir) the right to bear arms in the USA.

The organization was created in 1871 and has nearly 5 million members.

In one of their videos, they claim (= affirm) that their aim is to teach people how to use arms safely.

The NRA is one of the most influential lobbies in U.S. politics ; the organization has influenced legislation at local, state, and federal levels.

But since the 1970s, the NRA has been increasingly criticized by gun control and gun rights advocacy groups, political commentators, and politicians.

The organization has been intensely criticized when they suggested adding armed security guards to schools after a mass shooting in a high school and in an elementary school.