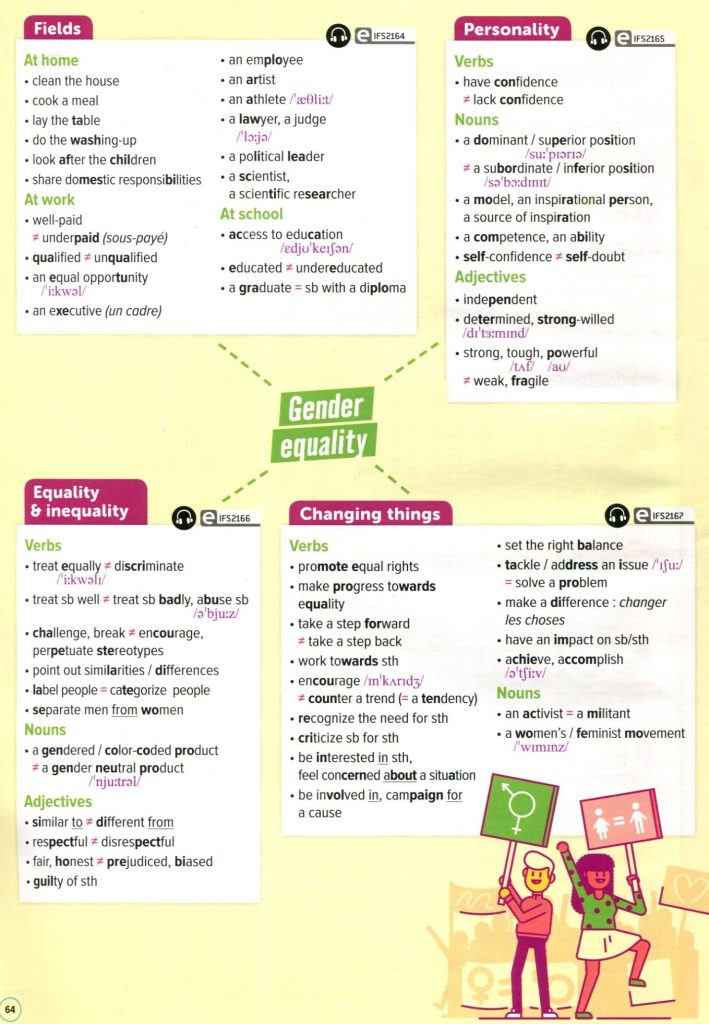 You can hear the words with the following links:

Extracted from In Full Swing Seconde

What are boys and girls supposed to be and do?

Let’s recap the vocabulary we discovered in the video

Read the text and fill in the chart below.

You can listen to the conversation if you click on the following link: https://e-didier.com/code/IFS2151 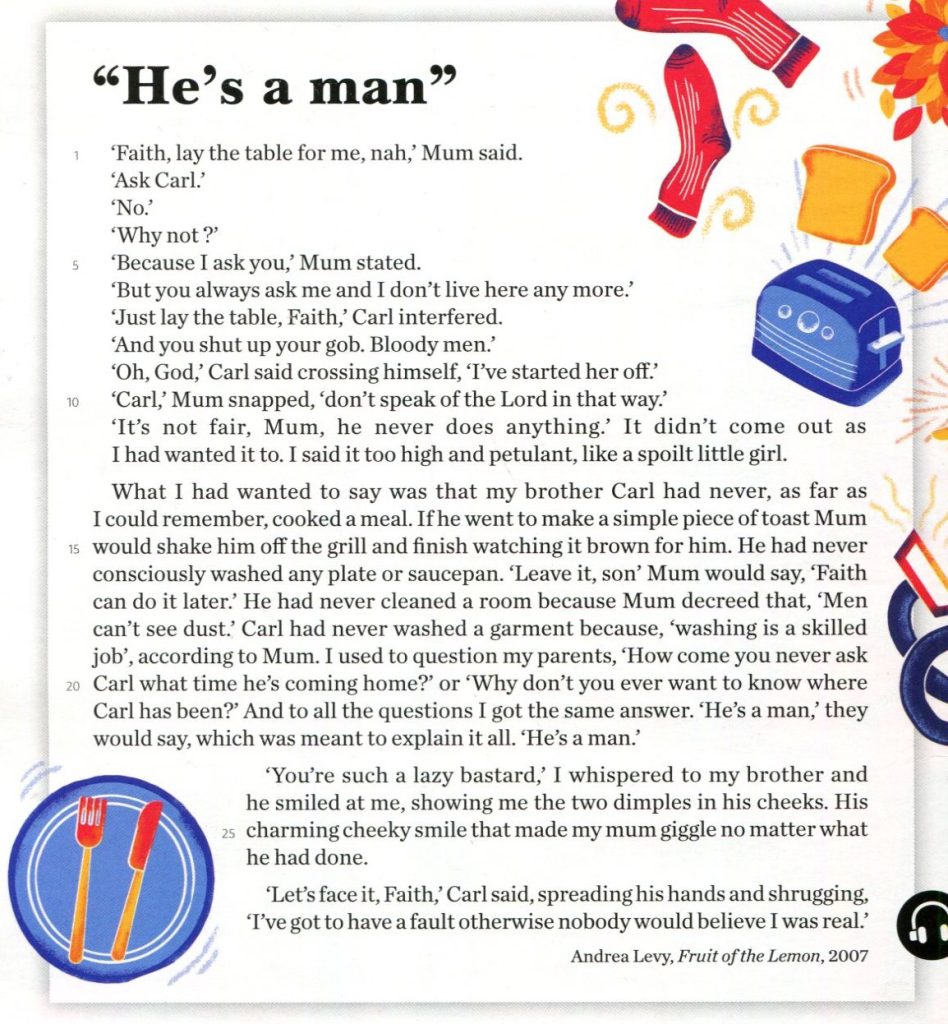 Let’s recap the vocabulary we discovered in the video

How much do you know about gender equality?

Prepositions to locate things and people in a photo 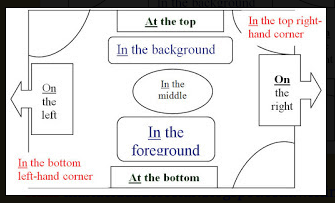 What ? The mother is holding 2 babies in her arms WHILE (= pendant que) the father is watching television.

Who ? 6 people ( one person) among whom (= parmi lesquels) two adults and a dog

Where ? The scene takes place in a living room.

Whose living-room ? It is Snow White’s living room.

Period of time ? The action is set in the 20th Century.

Compare with what you know about Snow White

The characters are wearing the same (= les même) clothes as (que) in the fairy tale ; that is how we can recognize the young lady as (= en tant que) Snow White. But the setting (= le décor) is contemporary.

Now, how does she feel ?

From the look on her face, we can guess she feels bored ( to feel bored= s’ennuyer) / depressed (= déprimé) / disillusioned just like her husband.

What happened to them ?

They have lost their kingdom. They have ended up (= se retrouver) in an American suburb (= quartier). Snow White is not helped anymore, she has to do all the house chores (= les corvées) (/ˈtʃɔːrz/). She is working as (= aussi) hard as (= que) she was in her childhood (= enfance)

The prince may have lost his job so he is very depressed.

What is the artist’s message ?

This is a sharp criticism of the society. Fairy tales make little girls believe in the Prince Charming and a wonderful life but that’s an illusion.

Here are some common Fairy tale characters and words in English you may need while writing a folktale story.

Once upon a time….. happily ever after 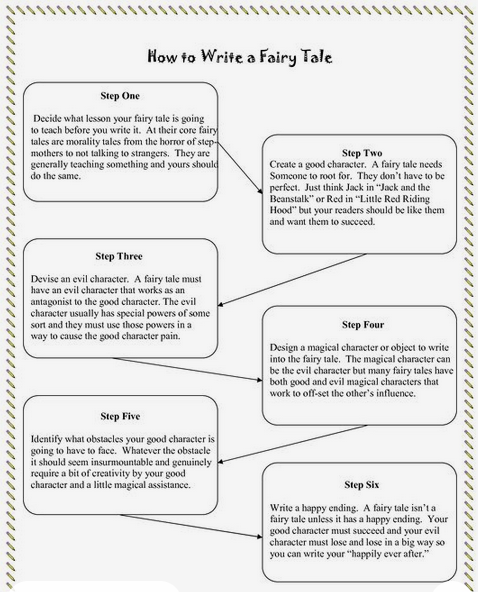