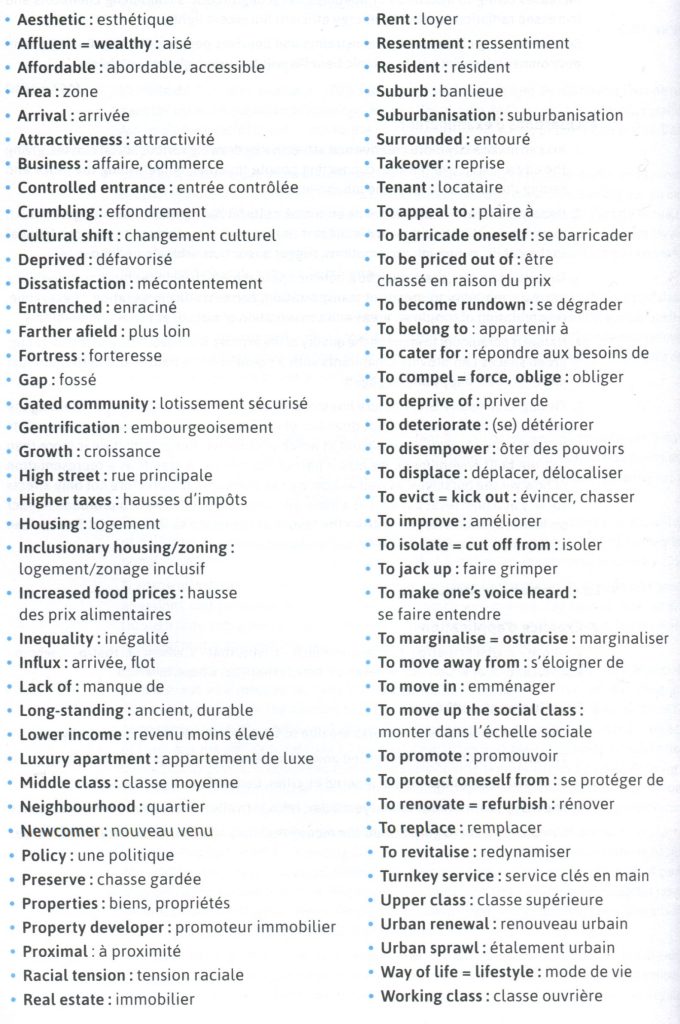 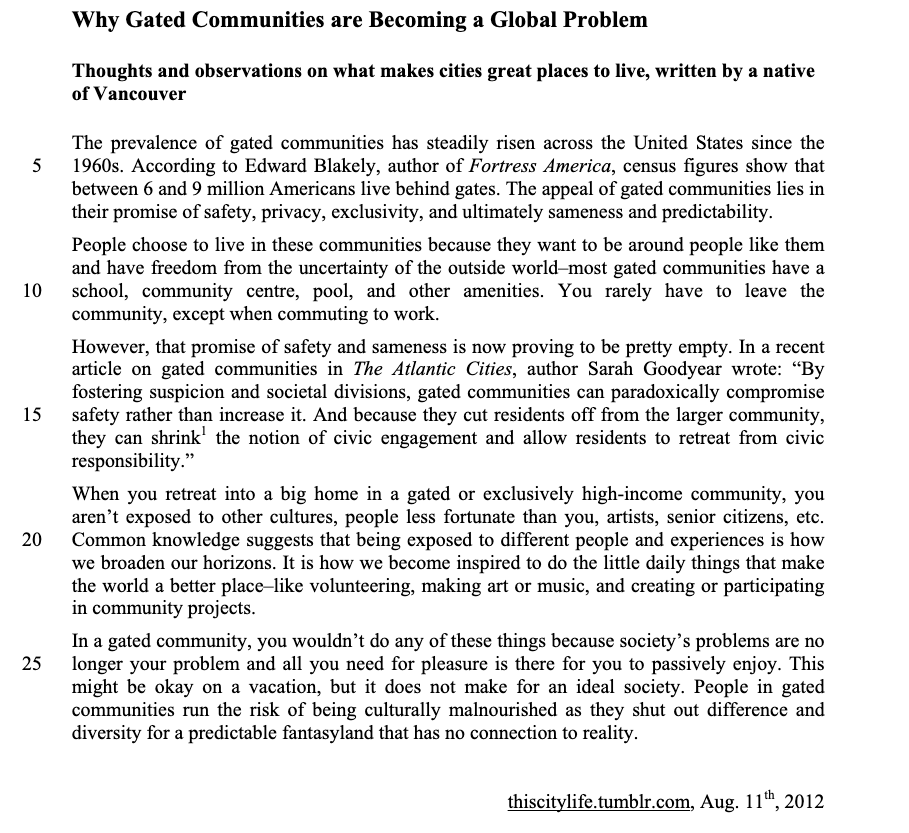 A. A gated community is a group of houses in a protected area with restricted access

B.What are the expectations of the people who want to live in gated communities? Answer and explain using your own words.

C.Explain in your own words why “gated communities can paradoxically compromise safety rather increase it” (l. 14-15).

D.“This might be okay on a vacation, but it does not make for an ideal society.” (l. 25-26) What are the implications of this distinction?

Evolution of the society : it is getting more and more urban with the expansion and the
development of cities into suburbs.

Why : for better job opportunities or for the excitement of the city life

The issue : Providing housing for an ever larger population.

Urban sprawl. = the expansion of a geographical extent of a city or town due to local population growth

Policies restricting residential areas to specific places without integrating them to commercial and work areas.

The residential housing area has expanded,(larger lots) and traffic has also increased but the road system has not been adjusted to fit this increase.

1) When does a city become a megacity ? When the population reaches 10 million.

3) Where are most megacities located in the world ? Most of them are in developping countries

4) Give one example of a megacity located in a- a developped country (NYC), b- in an emerging country (Dehli) c- in a developping country (Lagos)

6) Which cities had the fastest population growth ?

7) From what you learnt about Jakarta, quote all the difficulties megacities meet in everyday life.

8) What solutions have been found to solve these problems ?

Their concept is based on 6 principles of sustainable urban development. 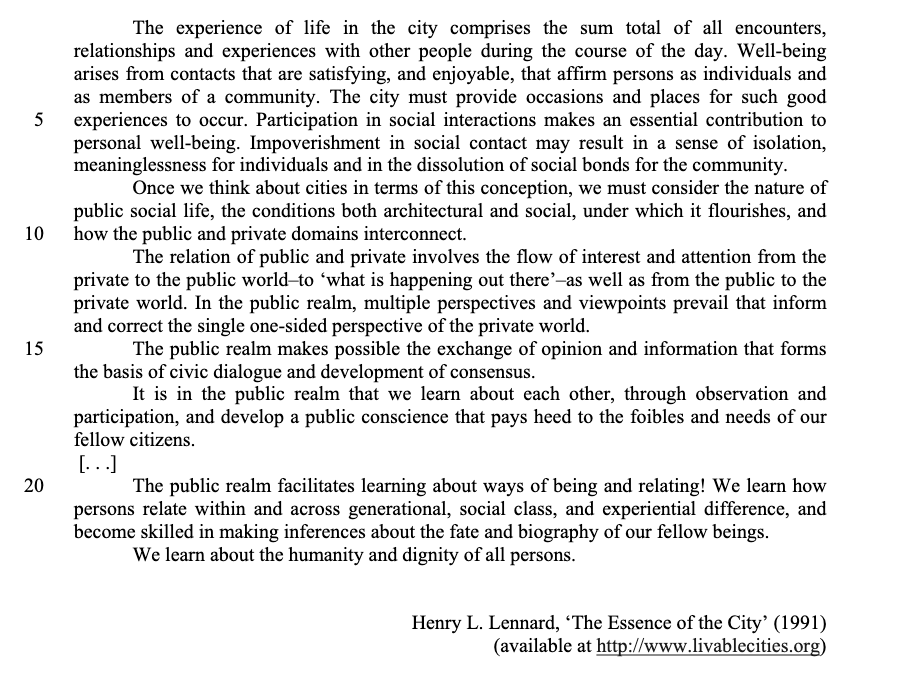