What stereotypes do women suffer from in the society and in sports?

Contrary to women, Men should be able to fix (= repair) broken objects.

‘’Men can’t cry’’ means that it is not biologically possible for them to cry.

We suppose that men don’t cry= Men are not supposed to cry.

For some people, little girls should only weatr short skirts.

Boys are said to be better at science than girls.

What do you know about British people and their origins? 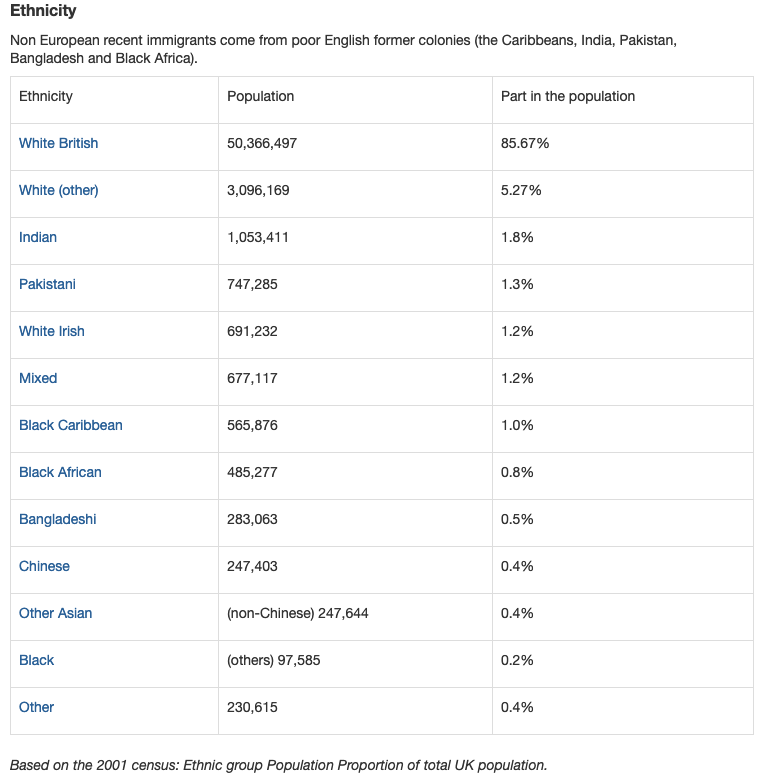 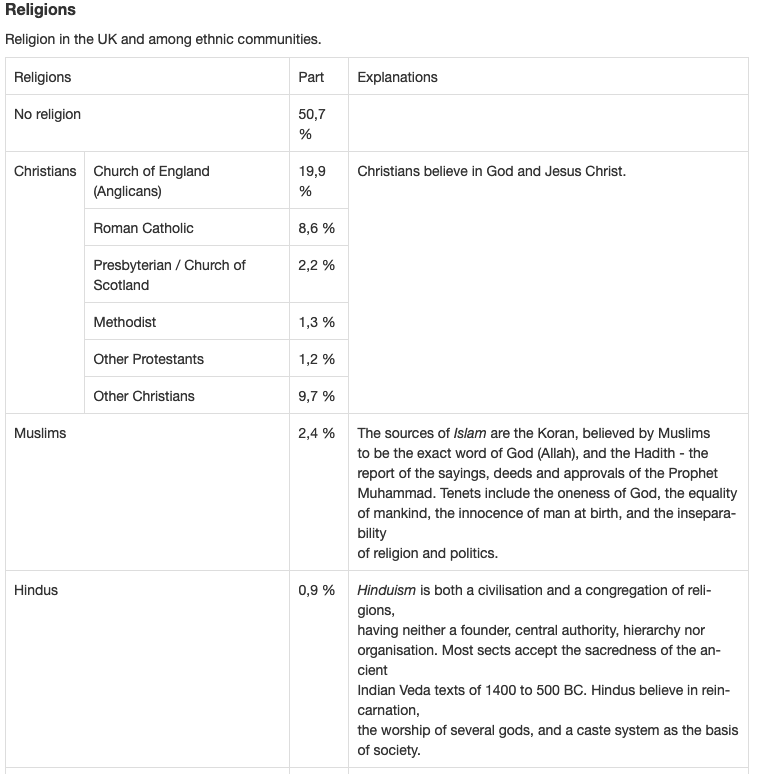 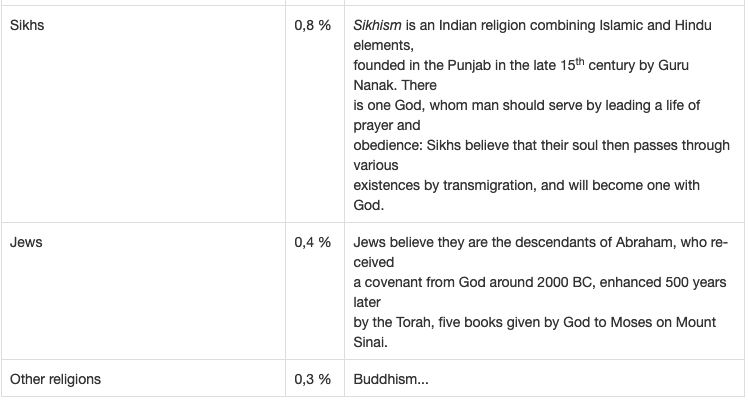 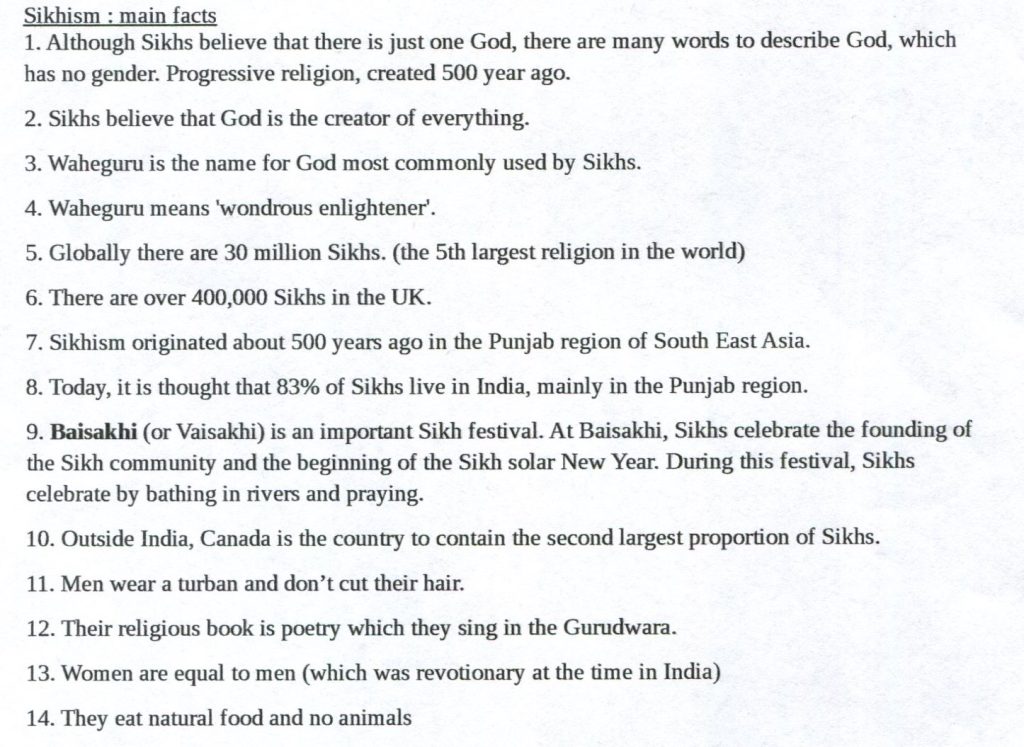 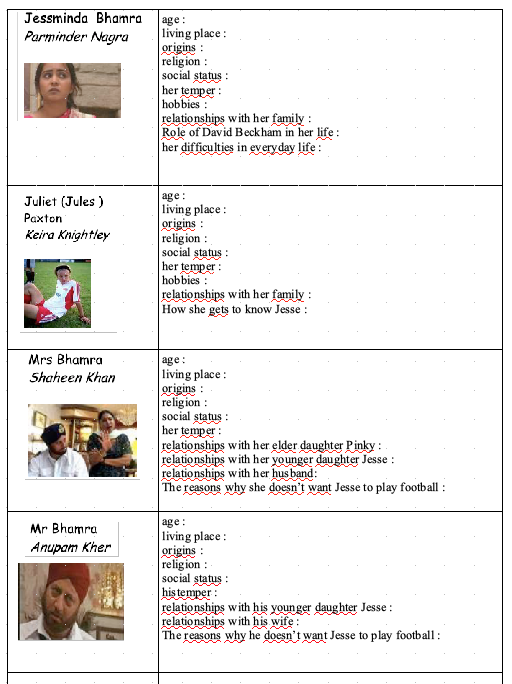 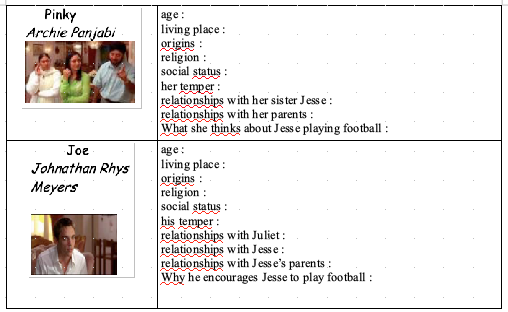 living place : She lives in London near Heathrow airport.

origins : She is Indian. She is of Indian origin.

religion : She believes (= croire) in Sikhism.

social status : She is single (= célibataire ou enfant unique) and she belongs (= appartenir à) to the middle-class.

her temper : She is determined (= déterminé) / sociable / easy-going (= facile à vivre). She is seen as a tomboy (= garçon manqué)

hobbies : She is passionate about football. She crazy about it. She adores playing football.

relationships with her family : She sometimes has difficult relationships especially when it comes to (lorsqu’il s’agit de) football, boys, clothes. She refuses to follow (= suivre) her parents’ cultural traditions. She won’t stick to (= comply with = adhérer à) their traditions.

Role of David Beckham in her life : She idolizes (/ˈaɪdəlaɪz/) him

her difficulties in everyday life : She has difficulties in showing her legs and in accepting her scars (= cicatrice). She finds it difficult to be accepted for who she is and for what she does.

age : She must be the same age as Jesse, maybe a bit older.

living place : Like (= comme) Jesse, she lives in London. She is a Londoner.

Origins : She is British. Both (of ) her parents are white.

Religion : She must be a christian, more precisely protestant.

relationships with her family :

How she gets to know Jesse :